MOMENTUM is pleased to announce the appointment of Théo-Mario Coppola as the curator and Håkon Lillegraven as the associate curator of the eleventh edition of the MOMENTUM biennale that will take place in 2021 under the title HOUSE OF COMMONS.

HOUSE OF COMMONS is being conceived with the view that a paradigm shift is needed to change how current and historical forms of domination resulting from capitalism, colonialism, racism, patriarchalism, and gender normativity have impacted our lives.

As such, HOUSE OF COMMONS will be shaped by togetherness and horizontality. By placing commonality at its core, it will operate as a shared living space for exhibition, research, and knowledge.

Informed by the notion of 'commons' that was developed by Elinor Ostrom from the 1980s onwards, HOUSE OF COMMONS will re-problematise commonality and the process of commoning, both with practitioners and with participants. It will draw from new forms of governance and concrete utopia, personal narratives and resilience strategies, communities’ concerns, protests and measures of empowerment, and the protection of ecosystems.

Dag Aak Sveinar, Director of Galleri F 15 and MOMENTUM said: 'We are excited to work with curator Théo-Mario Coppola on his thematic guidelines and conceptual exploration of horizontality and togetherness. To make this a part of the future is both challenging and necessary. MOMENTUM 11 will be existential in telling where we are, who we are and what we are doing – and by doing it together we will enter a dialogue focused on our shared future.'

Details of the programme will be announced at a later date.

Théo-Mario Coppola is a curator and arts writer. His practice is characterised by curatorial empathy and activism. This approach has led him to develop the concept of 'affective communities', which could be defined as collective strategies that resist contemporary forms of domination, stand up for marginalised identities, and seek to transform values in art, governance and society. Théo-Mario Coppola is a former teaching and research fellow at Sciences Po Toulouse, France. He founded and curated HOTEL EUROPA, an annual series of exhibitions and programmes (Vilnius, Lithuania in 2017, Brussels, Belgium in 2018, and Tbilisi, Georgia in 2019). In 2017-2018, he was the artistic director of Primo Piano and Intermezzo in Paris, France, and lead their joint residency and exhibition programme. In 2018, he curated the third edition of the Nuit Blanche arts festival at Villa Medici in Rome, Italy. His critical texts and reviews have appeared in magazines and online publications, including Flash Art and Antidote.

Håkon Lillegraven is a curator, writer and outreach professional. He graduated in curation from Central Saint Martins and carried out curatorial research and projects at art institutions and online platforms in London, UK, such as Art Night Open programme, In formation programme at the Institute of Contemporary Arts, and Off Site Project. Håkon Lillegraven was curatorial assistant for osloBIENNALEN First Edition in 2018-2019 and is now head of mediation at Fotogalleriet in Oslo, Norway. In 2020, he will participate in the 'Curatorial practice + Art in public space' course organised by KORO (Public Art Norway).

The biennale was established in 1998 and is currently organised and produced by Galleri F 15 in Moss, Norway. Since then, MOMENTUM has consistently supported compelling curatorial vision and operated as a platform for exploring the exhibition format, both in the Nordic context and with an international perspective.

MOMENTUM 11 coincides with a new stage in the biennale’s history, as most venues and sites will now be on the island of Jeløya. The move will be an opportunity for MOMENTUM to engage in a closer relationship with nature and to be a catalyst for change.

Curators of the previous editions

MOMENTUM - The Nordic Biennial of Contemporary Art is one of the most important biennials for contemporary art in the Nordic region, organised every second year. MOMENTUM has international ambitions, relating art, place and society, and explores and strengthens contemporary art seen in a Nordic context. MOMENTUM is produced by Galleri F 15.

Prior to publication, it must be approved by Galleri F15. 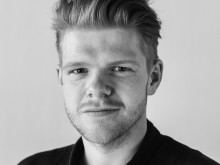 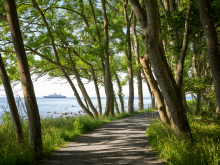 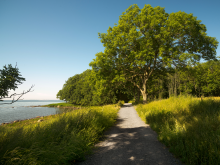 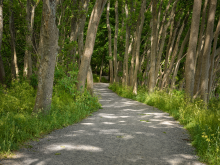 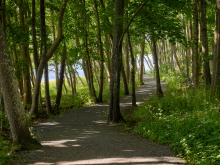